He was a mystery. Then he was Drake's protege. Soon after, he became the one-and-only The Weeknd.

The Weeknd announced his new headline world tour, The After Hours Tour, starting June 11, 2020 on the heels of his upcoming album, After Hours. The tour showcases state of the art production and one of the most innovative stage designs to date, containing the most LED lights and video for an arena show. The 57-date tour hits cities across the United States, Canada, the United Kingdom, Belgium, the Netherlands, Germany, and France with support from Sabrina Claudio and Don Toliver in the US, and 88GLAM and Sabrina Claudio in Europe. The Weeknd's sound has been described as hipster R&B (or PBR&B to some), and his tracks have sampled a huge range of artists from indie-rockers Beach House to R&B megastar Rihanna. His slow grooves and falsetto croon create a beautiful and sometimes creepy backdrop for what are often provocative lyrics. 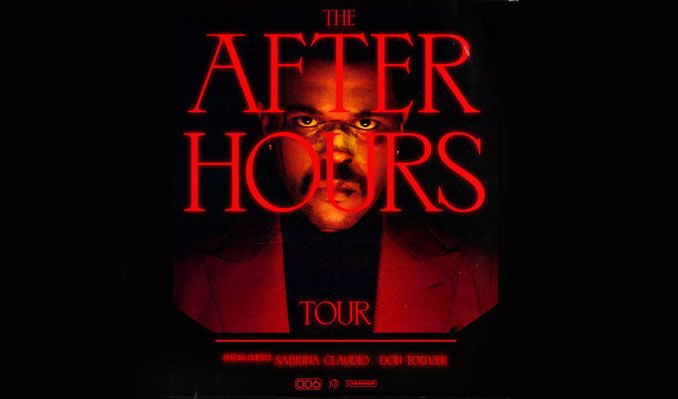 The Weeknd, the alias of alternative R&B enigma-turned-pop star Abel Tesfaye, debuted in 2010 with three songs on YouTube that didn't seem to aim for mass appeal. However, Tesfaye had scored Top Ten hits with an Ariana Grande duet ("Love Me Harder"), the lead single from a major motion picture ("Earned It"), and a retro-contemporary disco-funk single ("I Can't Feel My Face"). Tesfaye received early support from Drake and scored his first Top Ten R&B/hip-hop placement as the featured artist on the fellow Torontonian's "Crew Love," but he swiftly outgrew his status as a Drake affiliate with his own hits and a streak of appearances on high-profile tracks by Wiz Khalifa, Future, Beyoncé, and Lana Del Rey.

On tour, Tesfaye re-creates his recorded music with the help of some live backing musicians and usually can be counted on to bring an eye-popping light show. Fans consistently give Tesfaye kudos for the quality and depth of his live vocals.

The Weeknd seems a natural onstage, even when the stages he's playing are huge. Hard to believe that his 2013 album, Kiss Land, was just his second.

Though his star continues to rise, he's remained an enigmatic figure who avoids magazine and TV interviews. Fans basically have three ways to get to know him better: listen to his music, read his Twitter feed or pick up some tickets and see him in concert.